After more than 3 years of work, the storm water basin Grandchamp is now operational: it can store up to 8,000 m³ of water in case of heavy rainfall. As a result, this new basin will protect the neighbourhood Val des Seigneurs from flooding.

The protection of the valley Struykbeek was achieved in different stages. The storm water basin Grandchamp completes the flood protection system started at the end of the 20th century with the construction of 3 storm water basins with a total capacity of 17,000 m³: the basins Grands Prix, Val des Seigneurs and Stockel.

Aside from the basin Ukkelbeek built in Uccle by VIVAQUA, the storm water basin Grandchamp is the only one in Belgium using the tunnel boring technique. After all, the construction of every storm water basin requires specific solutions. To calculate the capacity of the structure, VIVAQUA’s employees perform hydraulic simulations based on the characteristics of the sewer system and on the rainfall statistics of the Royal Meteorological Institute of Belgium (IRM). But they also consider the urban realities in order to make the best choice. In view of the urbanization, VIVAQUA opted here for the tunnel boring technique. This process limits surface interventions to a minimum and is therefore more respectful towards local residents. 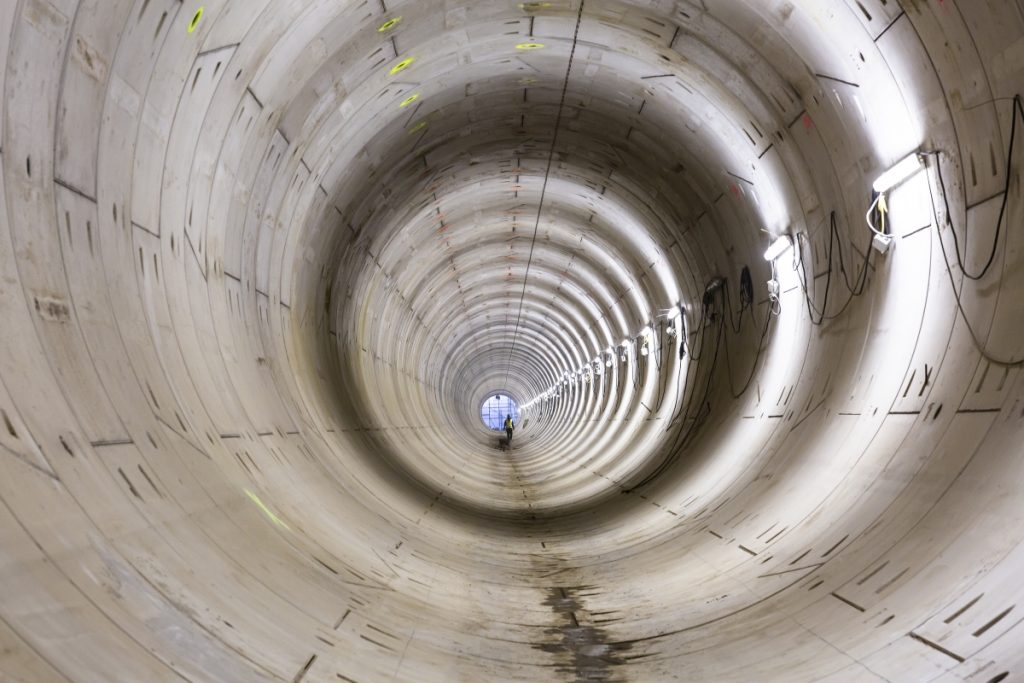 We use technical and functional cookies to provide you with a better browsing experience, these do not collect personal data. Find out how we use cookies.
ACCEPT
Manage consent